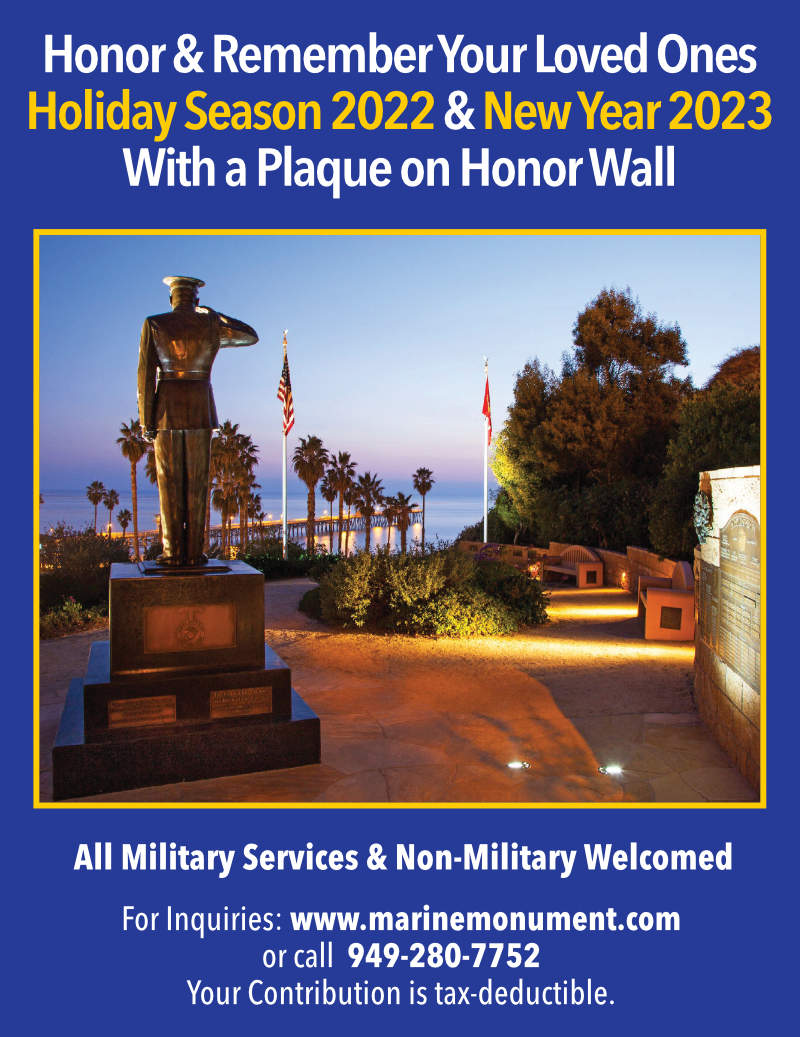 Please help us Honor the Marines, Army, Navy killed in Afghanistan at the Kabul Airport August 26, 2021, during the disastrous evacuation by contributing to the honor plaque being installed and dedicated at Park Semper Fi, San Clemente.

All Donations accepted. All contributions are tax deductible 501c3

Or mail donation to: 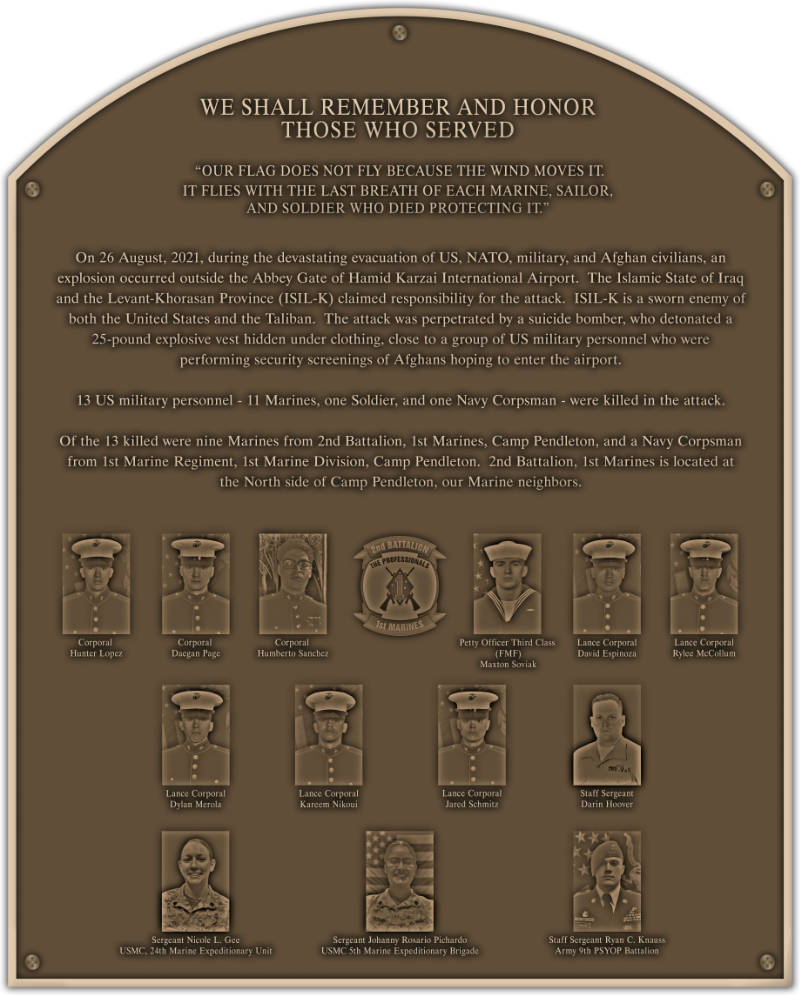 ~ A Tribute To The Past - A Legacy For The Future ~

The United States Marine Corps has been a valuable neighbor of San Clemente since the early 1940's when the Marine Base was established and dedicated by President Franklin D. Roosevelt. This community has seen Marines pass through our town during World War II, the Korean War, Vietnam War, and the Gulf War. They have been our neighbors, sons, daughters, husbands, wives and community leaders. As a community, we have honored them with barbecues and parades, and now we honor them a permanent reminder of our respect and appreciation for them.

The Board of The Heritage of San Clemente Foundation, a non-profit organization 501(c)3, now honors them in a manner that is a permanent reminder that their heroism is an important part of San Clemente’s heritage. Therefore we launched a private fund raising drive to erect a Marine Corps Monument in San Clemente. The community was asked what type of statue would be appropriate and they have chosen the Dress Blue Uniform as the one that is most symbolic of The United States Marine Corps. It is a life-sized bronze statue placed in the newly created Park Semper Fi located in the Pier Bowl where residents and visitors alike can view it. The Monument was dedicated on Saturday, November 12, 2005 at noon in commemoration with the Marine Corps 230th Birthday.

The Monument will, for all time, attest to the Corp’s honor, courage and commitment in service to our nation. This is a once-in-a-lifetime opportunity for us to come together to honor the Marines, to confirm our heritage, to share with our community, and with each other, and to leave a lasting and glorious legacy for the future.